The Stars Of ‘Shark Tank’ Reveal Their Favorite Success Stories

Lumio is a high-end magnetic lamp that is foldable. It resembles a hardcover book and was created by Max Gunawan, a former architect. Gunawan appeared on Shark Tank in 2015 and impressed all of the Sharks.

The Sharks ended up having a bidding war for Lumio, but Gunawan ended up selecting Robert Herjavec as his partner. They made a deal for $350,000 for a 10 percent stake. Lumio ended up selling more than $3 million worth of Lumio in the two years following its appearance on Shark Tank. Lumio now makes lamps in a wide variety of colors and styles, as well as a mini travel version. 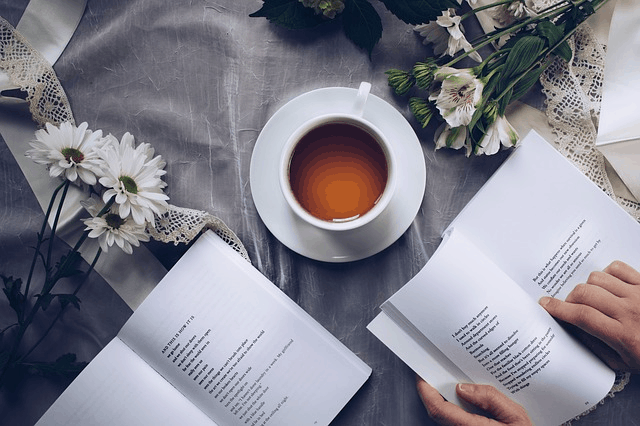 Online women’s fashion retailer The Red Dress Boutique appeared on the sixth season of Shark Tank. Husband and wife team Diana and Josh Harbour came onto the show to pitch their successful online retailer, which had already generated $7 million in sales in three years. They wanted to get help from the Sharks so Diana could start designing her own clothing to sell along with pieces she curated.

Skincare company Simple Sugars was pitched to the Sharks by 18-year-old entrepreneur Lani Lazzari in 2013. She began making all-natural skin scrubs as Christmas gifts, and people liked them so much that she turned her creations into a business.

Shark Mark Cuban invested $100,000 for 33 percent of the business. After appearing on the show, Simple Sugars sold more than $1 million worth of product in its first week. Simple Sugars is sold in spas and on the company’s website. This company has expanded to include one-step skincare products for men with sensitive skin as well as facial and body products.

Sun-Staches are a fun novelty product that was featured on Shark Tank in 2014. Creators and college buddies Dan Gerson, David Levich, and Eric Liberman developed sunglasses with mustaches attached. The idea started as a way to make fun of a friend who couldn’t grow a mustache, so they attached one to a pair of sunglasses.

The Sun-Stache team paired with Shark Daymond John after he offered them $300,000 for a 20 percent stake in the company. Thanks to their partnership with John, Sun-Staches is sold online, in retailers like Target and Party City, and has a licensing deal with Marvel. In only five months, Sun-Staches grossed $4.2 million in sales.

For parents, getting your kids to sit through their hair being brushed after bathing can be a chore. Tangles can keep kids from wanting to use a brush because it hurts. Thanks to Tanglepets, parents can brush their kid’s hair without inflicting pain.

Creator Liz Martin designed a particular hairbrush that was designed to detangle hair and had a small stuffed animal attached. Shark Lori Greiner offered Liz $75,000 for a 50 percent stake in the business. Liz accepted the offer and now has gone from making just $8,000 in sales before Shark Tank to now bringing in $12 million per year thanks to the show.

In 2013, sisters Donna and Rosy Khalife pitched their kid’s gift subscription service on Shark Tank. The idea was for people to be able to gift a box full of goodies and unique activities to the kids in their lives. You can send a one-time box or sign up for a three or six-month subscription.

Initially, the sisters were offered a deal by Robert Herjavec, but after they pleaded with other Sharks to make a deal, he bowed out. After the show, Surprise Ride gained 3,500 new customers in one year. After seeing the success of Surprise Ride, Shark Kevin O’Leary contacted Donna and Rosy Khalife to find out if he could make an investment in the business.

In 2012, entrepreneur Stephan Aarstol pitched his idea for Tower Paddleboards on Shark Tanks. His stand up paddleboards are sold directly from him, so they sell for roughly 50 percent less than comparable paddleboards. Aarstol uses search engine optimization to generate traffic to his website as well as sales.

After a shaky presentation, Aarstol accepted an offer from Shark Mark Cuban, who gave him $150,000 for a 30 percent stake in the company. Before appearing on Shark Tank, Tower Paddleboards has sold just $35,000 worth of products. After Shark Tank, they have generated more than $34 million. Mark Cuban says Tower Paddleboards is one of his best investments.

In 2017, brothers Brian and Michael Speciale pitched an oversized sweater/blanket on Shark Tank. The idea behind this product is that it’s a comfortable fleece-lined hooded sweatshirt perfect for curling up on the couch during the colder months. The design of the hoodie ensures that body heat will stay inside, keeping you warm.

The Sharks were impressed by the pitch, but not exactly confident in the product as none of them had been sold yet. They also compared it to the famous Snuggie. The brothers accepted Shark Barbara Corcoran’s offer of $50,000 for a 30 percent stake in the company. After the show aired, the entire Original Comfy inventory sold out. They even appeared on QVC, where they sold out of products within minutes. Bed Bath & Beyond is now selling the Original Comfy too.

The Bouqs is an online flower bouquet company. Founded by entrepreneur John Tabis, this company appeared on Shark Tank in 2014. Buying flowers online can be tricky because of delivery charges and added fees. With The Bouqs, you pay a flat $40 fee for every bouquet.

In the episode, none of the Sharks made a deal with Tabis for The Bouqs. That didn’t hurt their sales, however. This company has generated millions in sales in the years following their appearance on Shark Tank. In 2016, Shark Robert Herjavec contacted Tabis to have him create the flowers for his upcoming wedding. After seeing how The Bouqs operated, Herjavec invested in the company.

For those who want to style their hair without using damaging heat styling tools like curling irons and hairdryers, check out the Sleep Styler. Inventor Tara Brown designed the Sleep Styler to curl or straighten hair overnight by styling hair as it dries. It also comes mini sizes for travel and people with shorter hair.

Brown pitched her Sleep Styler invention on Shark Tank in 2017. After speaking back and forth with the Sharks, Tara was set on partnering up with Shark Lori Greiner. Lori made her a deal of $75,000 for a 30 percent stake in Sleep Styler. Tara countered with 25 percent, and Lori accepted. Since being on Shark Tank, Sleep Styler has made more than $100 million.

Lovepop co-founders Wombi Rose and John Wise appeared on Shark Tank in 2015 to pitch their business. This company designs and sells beautiful pop-up greeting cards. The couple uses CAD software to create the cards which lay completely flat, and the sculptures pop up when the card is open.

Rose and Wise pitched their company to the Sharks and were met with mixed reviews. They ended up making a deal with Shark Kevin O’Leary for $300,000 for a 15 percent stake in Lovepop. Lovepop now makes over 20,000 cards per month with 100 unique designs. Since they launched, Lovepop had made more than $80 million.

You know what they say, the best bagels come from New York City. Husband and wife team Nick and Elyse Oleksak decided they loved bagels so much that they wanted to change the way bagels were eaten. They designed mini bagel bites with cream cheese already stuffed in the middle.

During their pitch on Shark Tank in 2015, all of the Sharks loved the Bantam Bagels concept and the flavor of the bagel bites. In the end, Shark Lori Greiner made them an offer of $275,000 for a 25 percent stake in the business. With help from Lori, Bantam Bagels are in 400 Starbucks locations and available on Delta Airlines flights out of New York City. You can also find them in your local grocery store. Bantam Bagels sold to T. Marzetti Company for $34 million, but the Oleksaks still run their original Manhattan store.

As we’ve mentioned before, many exercise-related products have appeared on Shark Tank, but not all of them have been successful. One of the successful exercise products to be featured on Shark Tank is the PRX Performance. Founders Erik Hopperstad and Brian Brasch pitched their weightlifting racks that fit in just 4 inches of space in a home or commercial gym.

After pitching the idea for PRX Performance to the Sharks, Hopperstad and Brasch accepted a deal with Shark Kevin O’Leary for $80,000 for a 20 percent stake in the company. Once the episode had aired, traffic to their website increased more than 3,000 times. Since PRX Performance launched, it has generated more than $19 million in sales.

In 2017, Bruno Aschimanini, Steven Ford, and Brandon Leibel appeared on Shark Tank to pitch their idea for Sand Cloud Towels. These fresh towels are fashionable, comfortable, and environmentally friendly. Also, 10 percent of the proceeds made from Sand Cloud Towels are donated to organizations that protect marine wildlife.

Sand Cloud Towels had made more than $2.4 million in sales before appearing on Shark Tank. They ended up making a deal with Shark Robert Herjavec for $200,000 in exchange for a 15 percent stake in the company. Traffic to their website increased exponentially after the episode, and they were on track to earn more than $7 million from sales of Sand Cloud Towels. They also planned to donate $1 million to marine preservation non-profit organizations.