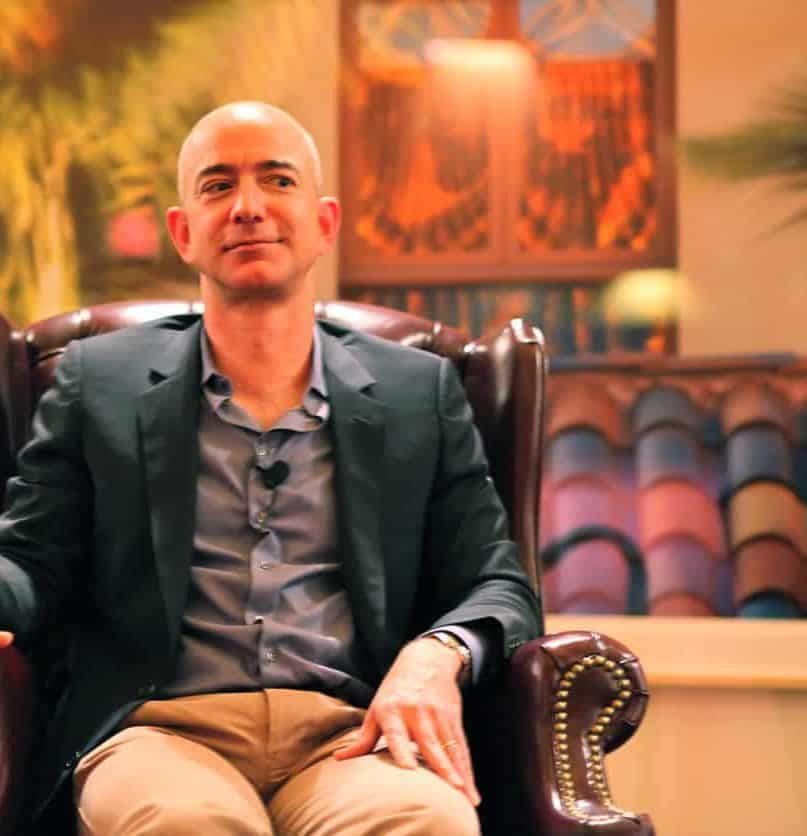 With a net worth estimated in excess of U.S. $85 billion as of June 2017, Jeff Bezos is currently the second richest person in the entire world, just behind fellow American and tech entrepreneur Bill Gates who has spent most of the last thirty years in first place at the richest man in the world.

But as Amazon continues to grow at an explosive pace, dominating one digital, product, and distribution sector after another with an uncanny level of agility for such a giant company, its market valuation is booming. It will be only a matter of time, likely sometime in 2017, that Jeff Bezos overtakes Bill Gates to become the richest man in the history of the world. At the rate Amazon is growing, truly living up to its name for force and volume, it appears he will be just as secure in this distinction as Bill Gates was for the last thirty years.

An Outside The Box Management Style

When Jeff first started Amazon in 1995 it was only an e-commerce retailer of books. After just a month of operations, the fledgling online company had already shipped books to buyers in over 40 different nations. To those who weren’t around or weren’t aware of what the Internet was like at the time, Amazon made an incredible impact, and at a time when the Internet’s future was quite uncertain. Media talking heads were still referring to it as a “passing fad” at that time.

The magnificent achievements of Amazon, which are of truly world historical proportions, stem from Jeff Bezos and his management team’s leadership. Jeff operates differently than many CEOs. His style of leadership has even been described as “frenzied” or “chaotic.” In the early 2000s for example, Amazon’s operations manager encouraged employees who had hit their numbers during the demands of a tense holiday season to let out primal screams in the office to relish their triumph and ease tension! 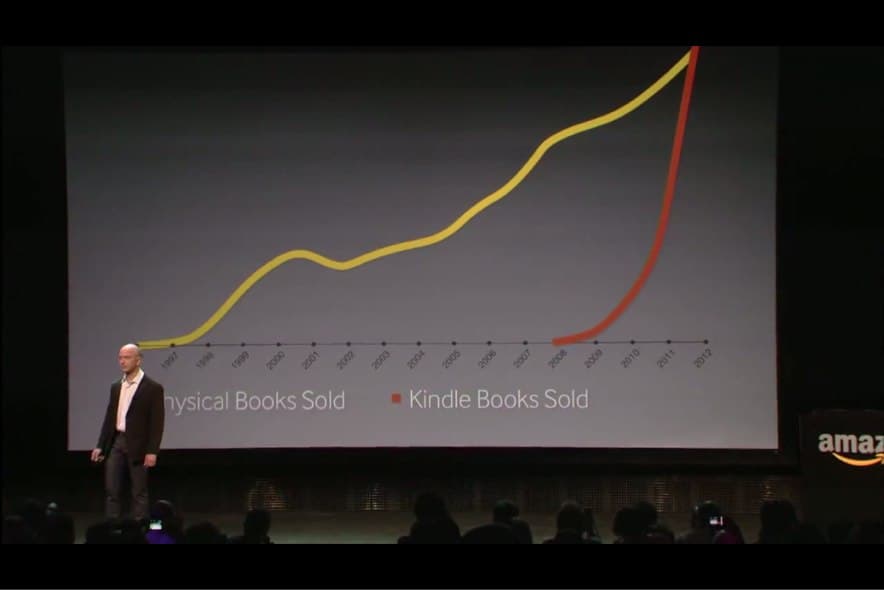 When Amazon tried to launch an auction platform to compete with eBay, Bezos himself made a major purchase on the platform: he bought a complete Ice Age cave bear skeleton for $40,000. The imposing fossil specimen still stands in the lobby of Amazon’s corporate offices in Seattle. (The cave bear is known to paleontologists for having a penis bone that was frequently broken during fights with other cave bears. This cave bear’s penis bone is not part of the display.)

In 2014 Amazon started paying its employees to quit. The company launched an innovative “Pay to Quit” program aimed at culling the number of unmotivated warehouse employees at its fulfillment centers. Any worker who tenders their resignation will receive a severance package of $3,000. The amount is expected to be raised to $5,000. When the program first started, less than 10 percent of employees who were offered the deal took the company up on it. 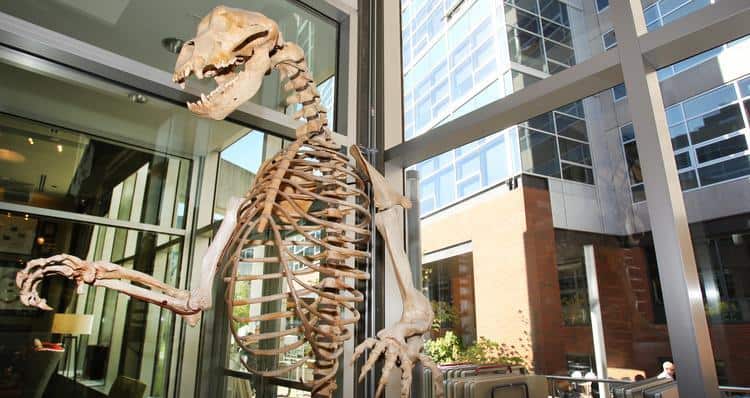 One consistent quality that can be found in almost any self made person is the inveterate urge to tinker. As a child Jeff had a strong interest in science and technology. Once he built and installed an electric security alarm on his bedroom door to keep his younger siblings out of his room.

Growing up Jeff would spend his summers fixing windmills and repairing equipment on his grandparents’ Texas ranch. Today Jeff credits these summers of learning to repair ranch equipment for teaching him to experiment and learn how things work. His drive to create systems that push the boundaries of what’s possible has propelled Amazon to its place as the world’s preeminent Internet retailer.

In an interview for The Innovators’ DNA, Jeff said:

One of the secrets to the self-made, successful mindset is that people like Jeff see the entire world as one big laboratory. They are always thinking and wondering and asking “What if…?” The Innovators’ DNA, in their study of high performing leaders, has found that experimentation, the tinkering mindset, is what sets apart innovators from non-innovators. They are constantly approaching the world with a hypothesis and then a way of proving whether their hypothesis is right or wrong.

Minecraft creator Notch Persson liked to take apart and reassemble alarm clocks when he was a kid, fascinated to see how many springs he could leave out of the reassembly and keep the clock working. Steve Jobs didn’t pay much attention in his computer class in college, but was engrossed by learning typography in his calligraphy class. Bezos wasn’t thinking about starting Amazon when he took apart his grandfather’s Caterpillar tractor and put it back together, but he was cultivating a mindset that would lead him to the frontier of developing human civilization.

In 1994 when the Internet was still a “fad,” Jeff read somewhere that the fledgling network was growing 2,300% every year. His curiosity to understand how things work led him to rethink retail sales, inventory management, and distribution from the bottom up and see just how he could ride the wave of unprecedented interconnectedness and low entry costs to create a new kind of retail business. 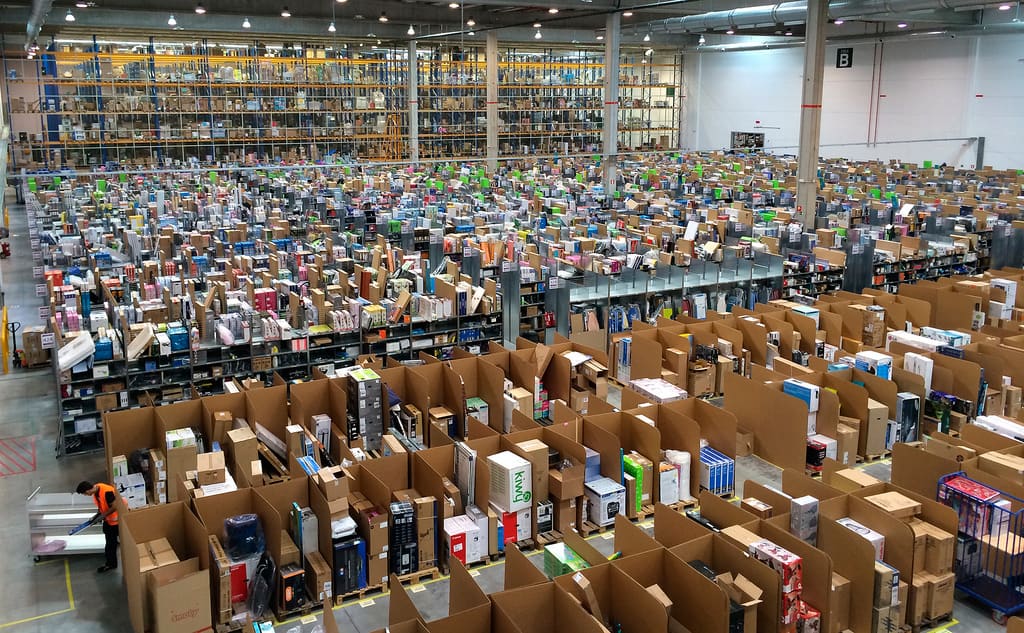 When Amazon was still new, Jeff told potential investors that the company was going to be a long way off from turning a profit, and that he was planning it that way on purpose. In 1997 he told Inc. “We’re going to be unprofitable for a long time. And that’s our strategy.” The new retailer was going fast throughout the 1990s and burning through money as it developed an overarching plan to shoot for the moon and win it all. It wasn’t until 2003 that the company made its first annual profit.

His plan was to get really, really good at one thing, reinvesting every cent of revenue and hordes of investor cash into becoming the best retailer in the world, into completely reinventing the retail game altogether. Customer service would be a cornerstone of his strategy. He knew that Amazon would be selling products that customers could buy anywhere else. And he knew that competitive pricing would not be a factor in a market as open and competitive as the world opening up online before his very eyes. To this day Amazon ranks unusually high in customer satisfaction ratings.

Once Amazon had refined its customer service strategy and warehousing and distribution model to a point of revolutionary perfection, phase two would be taking the lessons learned and expanding into everything Amazon could. The retailer started off selling books. Now it sells books, movies, electronics, tools, jewelry, camping equipment, lawn furniture, clothes, groceries, everything. It’s getting into the media production sector. Its ability to dominate is terrifying all kinds of businesses. At the moment it appears no major online business is safe from losing market share to Amazon. Hold, consolidate, diversify, Hold, consolidate, diversify, goes the multi-billion dollar Amazon steam roller.

What’s your time horizon like? Is it this weekend? Next month? Next year? Jeff Bezos’ has been gazing decades into the future and imagining what’s possible, with an unshakeable sense of manifest destiny.

Taking Risks and Regretting Nothing

When Jeff Bezos started Amazon, there was no certainty at all that it would be a success. There wasn’t even any certainty that the Internet would be a success. He was taking a huge risk. At the time he was a very successful VP at a big investment firm. He sacrificed a stable, comfortable, and certain life and wagered everything to go for something even bigger. He had a far off time horizon and an even wider horizon of possibilities for his life. He was fearless. Or perhaps the only thing that he was afraid of, would be looking back on his life and regretting that he didn’t try to do something more audacious and seek after greater rewards.

The investment company he was working for was D.E. Shaw & Co. It manages $40 billion in assets for its clients, and he was just working for it, not in charge of it. Every year Amazon manages over $100 billion in revenue and he founded it. That looks like an obvious choice now, but back then Amazon wasn’t anything. It was just an idea. Jeff left behind a powerful, financial secure position for a dream. He even left in the middle of the year, walking away from his big annual bonus to go start Amazon. He couldn’t wait. He wouldn’t procrastinate on pursuing his destiny over some money.

He says what allowed him to take such an enormous risk with no guarantee of success was what he calls his “regret minimization framework,” something he laughingly acknowledges that only a nerd would call it. How’s this for a long time horizon: When Jeff’s boss tried to talk him out of leaving the firm, and convinced him to at least think it over for two days before he made a final decision, Jeff went to working thinking and created a “regret minimization framework” to help himself solve the problem of how to act. He imagined himself decades in the future at the age of 80 looking back on his life, and decided the best course of action would be the one with no regrets. Most people are averse to risk, because risk is the shadowy monster that faces them now. Jeff could see far off into the future, and trembled at the sight of being swallowed by the much bleaker monster of regret.

“I knew that if I didn’t try this,” Jeff once told Time magazine, “I would regret it. And that would be inescapable.” Facing down his regret helped Jeff to face down the risk of trying something new, of striving for something greater. Without that Jeff Bezos would not have become the self made richest man in the world.