Ranking The Highest-Grossing Industry In Every US State

Ambulatory health care service is the largest industry for the state of South Carolina. Like other states who depend on this healthcare, South Carolina saw extensive growth over the last several years. Part of this is because of the increase with the disability services the state offers to thousands of its residents. The other part focuses on the aging population, with baby boomers increasing health care services needs across the state.

With a 7.5% expanded growth during 2015 alone, the contribution of the ambulatory health care services industry brought in $7.1 billion. The output reached 4% with employment in the industry, reaching over 167,000 people. Today, these numbers continue to grow as the ambulatory health care services industry continues to prove that it is number one in the state.

The total share of the 65 and up the population in the United States is a little over 14%. For South Carolina, the total population that is 65 and older is over 17%. With baby boomers reaching this age, the industry does not look like it will start to decline any time soon. In fact, the state is doing everything they can to make sure there are enough employees for everyone’s medical needs.

Insurance is the biggest for the state of New Hampshire. At the same time, this industry is a bit different for New Hampshire than most other states. For one, it brings in a smaller amount of economic growth and security in comparison to many other states. While part of this is the state’s economic size, the other part is that the industry is merely growing at a slower rate.

In 2015, the insurance business contributed $3.6 billion, with the GDP output at 5.3%. With the percentage so high, it is proof that the state depends on its insurance industry to contribute heavily to the state’s economy. While the number of employees is only a little over 14,000, they receive one of the best salaries in the country. While most states pay an average of $81,000, New Hampshire pays closer to $87,000 a year.

Federal Reserve banks and credit services are the most significant industry in South Dakota because of the banking giant the state has. Not only does South Dakota lay claim to Capital One headquarters, but other offices have recently moved to this state, such as Wells Fargo and Citibank. Because of this, the 2015 contribution from the industry reached $4.1 billion. While this isn’t as large as other Federal Reserve banks and credit services industry states, for the size of South Dakota, it is impressive.

Another impressive number is that the Federal Reserve banks and credit services GDP output for 2015 reached nearly 10%, which proves that the state is heavily dependent on this industry. However, for so many large corporations, the number of employees in this industry is only a little under 17,000 people. But, as the Federal Reserve banks and credit services sector continues to grow, many believe that the number of employees will as well.

West Virginia’s claim to fame is mining, except for oil and gas. This particular industry is quite small compared to what we have seen before: West Virginia’s mining operations gross around $5 billion every year and only employs 17,000 individuals. While this may not seem like much, this single industry accounts for almost 8% of all GDP output. This means that 8% of the money the State makes in a year comes from mining alone.

Being the world’s fourth-largest energy-producing State, it is no wonder that mining produces so much wealth. One of the most significant natural resources that West Virginia extracts from the Earth is coal. You will not find a more massive coal producer east of the Mississippi River. It is not all good news for West Virginia’s economy; energy prices have fallen over the past few years, which has negatively impacted the growth and wealth of this industry.

In 2011, mining (except for oil and gas) produced a GDP of $8 billion; this is almost a 40% decrease in just four years. Coal production took a massive hit from 2008 to 2016, shifting from 166 million tons produced to a mere 85 million tons. Due to this, the State saw mine closures from border to border.

While most people see Texas as the “cowboy” state, many other people see Texas as one of the largest oil and gas extraction states in the United States. In 2015, the industry contributed $160.4 billion, which is one of the most substantial contributions on this list for any type of industry. With such a high input, the output GDP reached 10.7%, which shows a strong dependence on the oil and gas extraction distribution.

Unlike a few other states, the oil and gas extraction industry in Texas employs thousands of people. In fact, they nearly have 100,000 employees. Most people believe that the state will soon go over 100,000 employees because there is incredible demand in the field, even with the decline and slow increase in gas prices. This belief comes because Texas beat the last large slump of gas prices near the end of 2014. In 2015, the industry grew over 13% and added jobs instead of taking them away.

One of the main reasons the industry continues to climb in Texas, even when it is declining in other states, is because this state is the most abundant petroleum and natural gas-producing state in terms of GDP. Because of the tremendous need, Texas continues to stand on top and contribute over $150 billion annually. 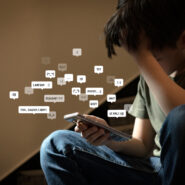