Persson who goes by the online moniker “Notch” was born in Stockholm, Sweden, to a Finnish mother and a Swedish father on June 1st, 1979.

He started computer programming on his father’s Commodore 128 home computer at the ripe old age of seven. After learning how to program from the command line on these primitive home computers, Notch created his very first game at the age of eight

It was a text-based adventure game, still considered a rite of passage for people learning to write software today.

To make a living, Notch worked as a game developer for King.com (ever heard of Candy Crush— that’s their title) for a period of four years from 2005 until 2009.

That was the year he began working on Minecraft, releasing the sandbox survival, adventure, and building game on November 8th 2011.

Over time a small group of extremely devoted fans would help Notch and his company, Mojang, to massively expand the PC game’s audience and sell millions of copies, making it not only the most successful independent video game of all time, but the highest selling video game of any kind of all time!

To put it in perspective, the word Minecraft is searched on Google more than the Bible, Justin Bieber, and Harry Potter.

From there he would end up agreeing to a deal with Microsoft in September of 2014 to sell Minecraft, Mojang, and Mojang’s intellectual properties for a gargantuan sum of $2.5 billion.

Notch wasn’t an overnight success, but it didn’t even take him three years from the release of his video game to flip it for $2.5 billion to one of the biggest companies in the world.

But it was a long road to get there. Notch made himself into one of history’s greatest success stories starting from nothing, and overcame great personal tragedies to do it.

Notch’s Tragic Past of Adversity and Challenges

Notch had to overcome a youth troubled by drugs and the violent suicide of his father to make it to where he is today. His beginnings were as humble and challenging as you can imagine.

The game designer’s father, Birger Persson, fought a long, difficult battle with drug abuse since before Notch was even born.

Although he had seemed to overcome it for many years with the help of Christian missionaries, the elder Persson, still haunted by his own monsters, committed suicide just before Christmas of 2011, in the throes of a deep depression.

Notch’s younger sister, Anna, who has a cheerful, smiling personality that belies her own years of struggles with drug addiction, ran away from home when she was a teenager and turned to drugs to cope with her problems.

Their Fight to Flourish

Notch’s hard-working mother, Ritve, was a Finnish-born nurse who encouraged the younger Persson during his own troubled adolescence, and supported his interest in computer programming. She had a troubled childhood of her own.

Born in the wild forests of northern Sweden, Notch moved with his parents to small town Edsbyn three hours north of the capitol, to escape the influence of drugs in the red light district of Stockholm. They spent an entire summer living in a bus.

“Markus’ father and mother came to Edsbyn from Stockholm,” reports Brother Lars-Erik Haggblom, 68, a retired pastor of the Pentecostal Smyrna Church in Edsbyn, “There were problems with drugs but they found God and they were saved.”

“There were too many things to remind them of their old lives there in Stockholm – too much temptation. That must have been around 1976…

We have workers in Stockholm who help drug addicts and people with problems. And Birger and Ritve came to our church and asked for help. Then one summer they came to Edsbyn in our church bus. Markus’ parents spent the summer living in the bus. They would go to the forest and pick berries. They liked it and decided to move to Edsbyn.”

Notch’s father Birger got a job working for the Swedish railways, based in a nearby city.

By Mr. Haggblom’s account the family began to flourish:

“Birger built a house and Markus was born in Edsbyn, so was his sister Anna.

Markus’ father Birger started at the bottom, as a blue collar worker, but made his way up the ladder, to become a white collar worker, one of the bosses. Then Birger got offered a better job with the railways down south and so they left Edsbyn and moved to Stockholm.”

That’s when Notch’s mother, Ritve, began her training to become a nurse.

The entire trajectory of Notch’s life would then be altered forever at the age of seven when his father purchased a Commodore 128 computer. Not a year had passed before the young Notch had created his first computer program. 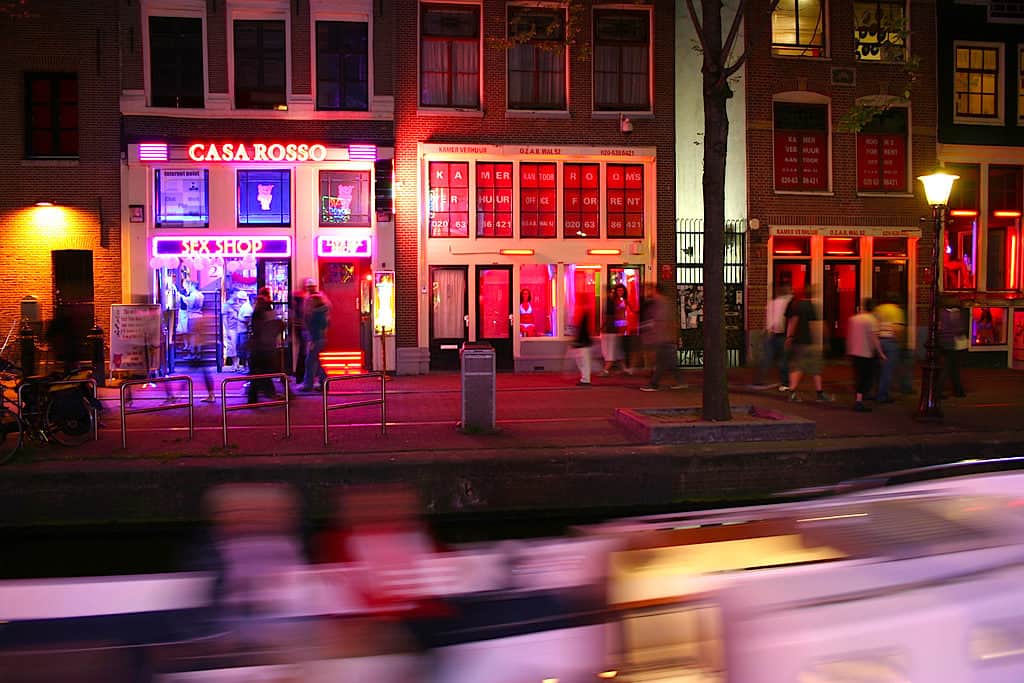 Feeling confident and rehabilitated, it was at this point that the family decided to leave the remote town of Edsbyn and move back to Stockholm.

That was when the demons that were haunting Notch’s father attacked in full force and sent him spiraling back into alcohol and drug addiction.

Notch had a lot of trouble making friends at school. He was too shy and his family was falling apart at home. His parents divorced when he was just 12 years old. The increasingly withdrawn young man fell down his own spiral of obsession— with the family computer. 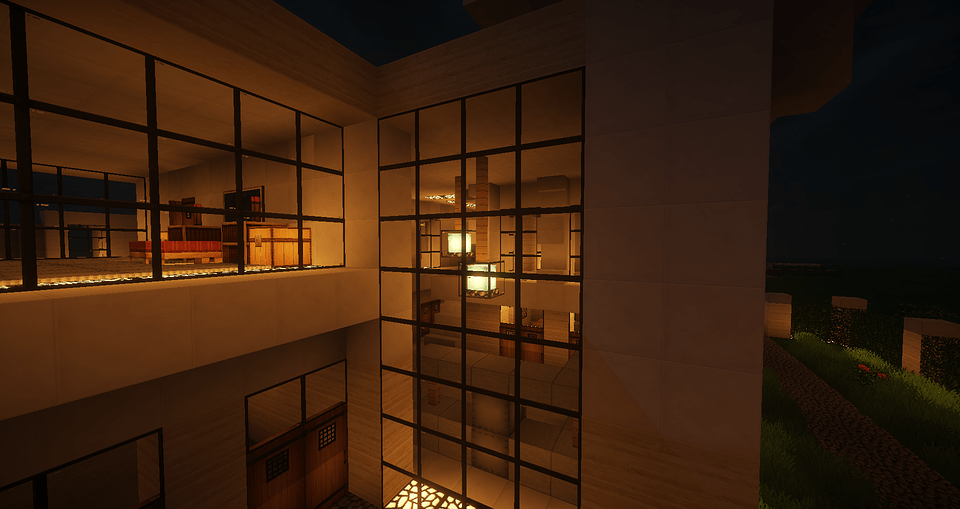 Notch’s Rise From the Ashes and His Secret to Success

In one sentence, Notch was able to succeed at such a high level because he had a burning passion for creative expression in a field that requires a high degree of technical skill.

As Notch himself says about his penchant for tinkering and building:

“Turns out, what I love doing is making games. Not hyping games or trying to sell a lot of copies. I just want to experiment and develop and think and tinker and tweak”. -Markus “Notch” Persson

It’s a mindset he cultivated from early on in life. It’s not just that Notch is good with computers, it’s that he exemplifies a mindset of curiosity, experimentation, that led to action— taking things apart and putting them back together to understand how they work:

“I remember disassembling and putting an old analog alarm clock together. It was a lot of fun figuring out why it still worked with that one spring missing.” -Markus “Notch” Persson

The fact is that as Notch began developing Minecraft into a thunderous global phenomenon, he was in a state of pure flow.

“I think the only way I could make something fun and big is if I don’t expect it to be.” -Markus “Notch” Persson

That is as pure a description of the state of “flow” as has ever been expressed. How does someone enter into a state of flow? The answer is right above. A burning passion for creative expression in some kind of specialized, technical competency puts the human spirt in a state of flow.

To profit from it on the level that Notch has requires a savvy sense of business acumen. Notch tries to downplay his business savvy and entrepreneurial credentials in statements like this to the press:

“I’m not an entrepreneur. I’m not a CEO. I’m a nerdy computer programmer who likes to have opinions on Twitter.” -Markus “Notch” Persson

But we know better than to believe that Notch lacks the entrepreneurial spirit that helped him to profit so lucratively from the marvelous game he created. He reveals his fundamental and incisive understanding of business principles when he makes statements like this:

“If you build a car, you can only sell it once. If you paint a fence, you only get paid for it once. If you create a piece of software that’s essentially free to reproduce, you can keep getting paid over and over perpetually.” -Markus “Notch” Persson

Notch could see the unparalleled, lucrative opportunity in the new economics of low production and distribution costs in the digital marketplace, and that doesn’t just apply to video games either. It applies to the entire exponentially expanding world of digital content and tools.

On The Pinnacle of Greatness

After selling Minecraft and Mojang to Microsoft for $2.5 billion, Notch became one of the richest men in the history of the world.

To celebrate when his game hit the milestone of a record 10 million downloads, he took Mojang’s entire staff by private jet to an extravagant vacation in Monte Carlo.

When they arrived, his employees were driven around in sports cars, treated to expensive champagne, and rewarded with an opulent party on a luxury yacht. He also gave bonuses totaling nearly $3 million.

“Partying is not a sane way to spend money, but it’s fun. When we were young we did not have a lot of money at all, so I thought, if I ever get rich I’m not going to become one of those boring rich people who doesn’t spend money.”