There is a large and growing number of content creators on YouTube who are making so much money off of their videos, it’ll make you question all your life decisions up until this point. Some of them have literally become millionaires by playing video games and uploading videos of themselves playing.

In fact screen captures of gamers playing video games and adding their entertaining reactions and commentary are among the most popular videos on YouTube and have minted multiple millionaires with their popularity. There’s just something about their videos that feels like you’re hanging out with your friend playing video games.

If any of these guys had gone into the most prestigious business schools of the world four or five years ago and told the professors and advisors, “You know what I’m going to do? I’m just going to sit around playing video games all day and have my computer record the game while a camera records my face, then I’m going to upload it to YouTube and make millions of dollars,” surely they would have gotten laughed out of business school.

So who says the young can’t prosper? And who says you can’t make a fortune doing what you truly love most of all, even if that’s playing video games in your living room?

Here are just 8 YouTube Millionaires (there are plenty more): 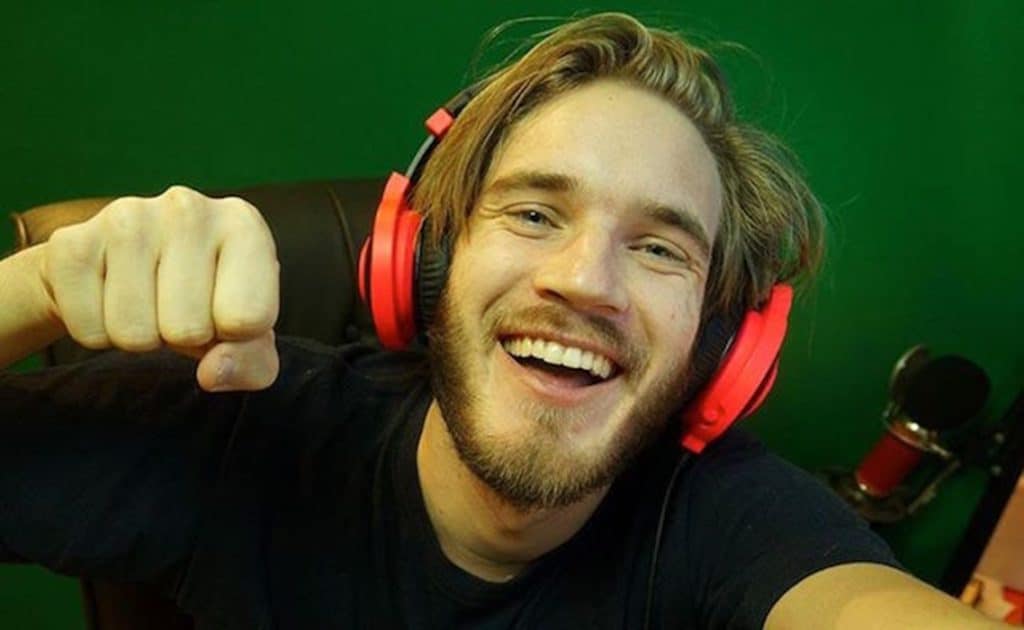 PewDiePie is the undisputed reigning, world champion of the entire YouTube platform, with more views and subscribers on this channel than any other channel on the video publishing website. What on earth did PewDiePie do to win all those fans and page views? He played video games. Lots and lots of video games. A lot of them are pretty stupid as he would say himself. PewDiePie’s real name is Felix, and he’s a young guy from Sweden who now lives in England with another self-made YouTube millionaire, the Italian CutiePieMarzia (Marzia’s makeup channel on YouTube has netted her over $2 million). Now that he has become the all time most viewed YouTube creator in history and worn out the video game playing thing, he’s transitioned to making other kinds of content for dramatic and comedic effect (such a watching Try Not to Laugh challenges). Watching his videos, it’s easy to see why PewDiePie has done so well. The young man is extremely likeable and pretty funny about half the time.

JackScepticEye is PewDiePie’s only begotten son, made in his own image, and thrust upon the video game viewing world of YouTube with great aplomb. This Irish YouTube creator (whose actual name is Sean William McLoughlin), is also a video game playing YouTuber, whose signature style is frantic, loud, and abrupt. He describes himself as the most energetic video commentator on the platform. JackScepticEye has amassed an incredible amount of fans with over 10 million subscribers. His big break came when he entered a contest run by PewDiePie to be featured on PewDiePie’s channel and won. The instant notoriety was no flash in the pan, as Jack has continued to grow his channel and remains good friends and an occasional collaborator with PewDiePie. Like PewDiePie, Jack has no college degree. He studied music in high school and was formerly a drummer for an Irish heavy metal band. 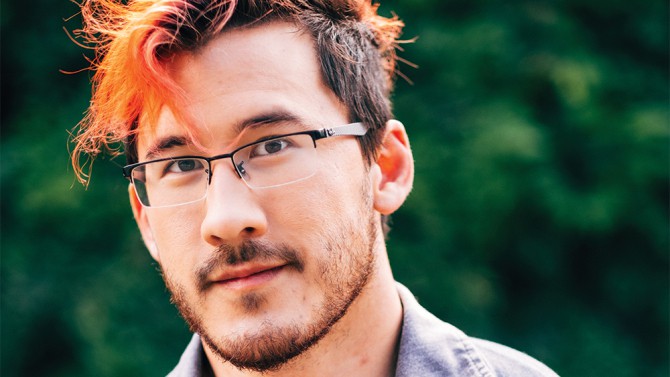 “Hellooooo everybody, my name is Maaaarkiplier!” is the signature sign on to every single one of Markiplier’s YouTube videos, which he intones dramatically with hardly restrained flamboyance in his characteristic deep baritone voice and perfect diction, which makes him sound like a professional radio announcer. A half South Korean native of the United States, after achieving outstanding success on YouTube and making his millions, Markiplier moved to Southern California with some partners to help him grow his channel in a dedicated video-making business frat house of sorts. He’s not the only person his massive audience helps to pay the bills. Markiplier, like PewDiePie and JackScepticEye, is a video gaming YouTuber. Yes all those millions of dollars were made having fun playing video games and being silly, and sharing that experience with others who are eager to view by the millions. Mark especially loves to play horror themed video games, virtual reality games, and independent video games that many of his viewers encounter for the first time on his channel. While JackScepticEye describes himself as the most manic YouTube creator, in reality that title probably goes to Jack’s good friend, the ever manic, always yelling, constantly cursing Markiplier.

Oh the Fine Bros. Where to begin about the Fine Brothers? These enterprising brothers, Benny and Rafi Fine, first started their YouTube channel in 2004, and became extremely successful for their ongoing series of React videos, featuring different demographic groups (usually by age) reacting to things or videos in a focus-group like, informal interview setting, often with something outside that demographic group’s likely range of experiences (so for example, “Elders React to Twerking,” “Kids React to Gameboy,” “Parents React to Creepy Clowns Videos,” or “Teens React to Notorious B.I.G.”). Amassing millions of subscribers to their interesting and endlessly entertaining format, the Fine Bros racked up billions of views and made themselves millionaires in the process. They did encounter massive push back at the beginning of 2016, however, when they tried to trademark the term “React” and encouraged users to police other videos that used the word “react” without their permission, resulting in pretty stiff criticism from most of the YouTube community, and helping launch Ethan and Hila of h3h3 Productions to fame with a highly viewed critical video. 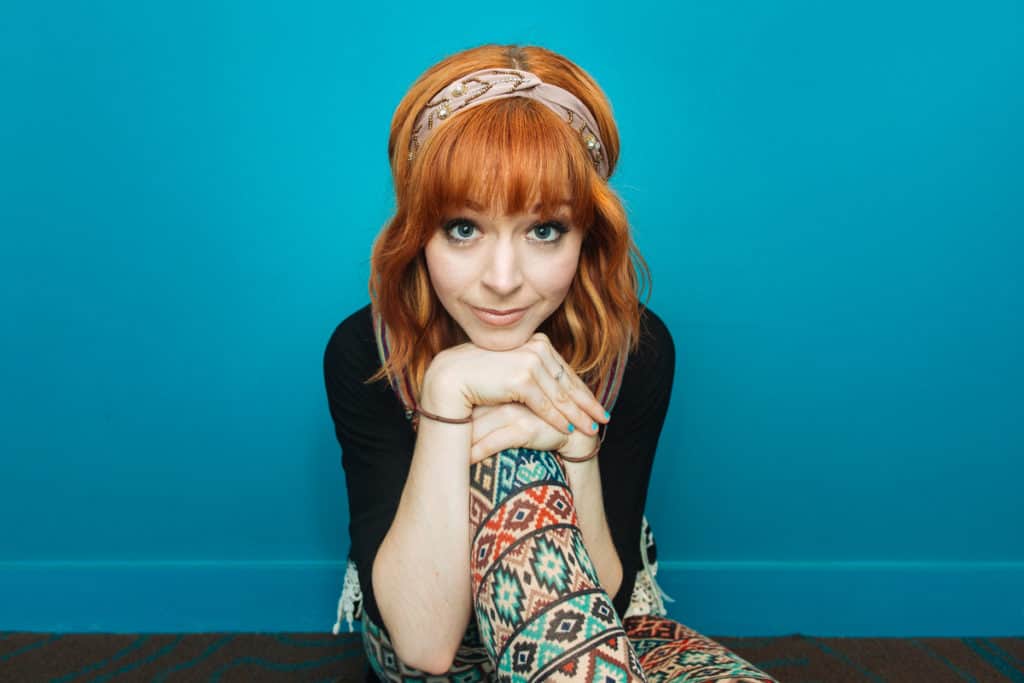 Lindsey Stirling is one of the few non-gamer, non-comedian YouTubers to reach god tier channel status on YouTube, deftly using the platform to promote her musical performances as a seasoned classical violinist playing an eclectic mix of violin-driven classical, rock, hip hop, and classical cross-over music, and mixing impressive dance choreography into her performances. Truly a musician and marketing genius of the modern, social media driven, Internet era, Stirling has amassed more than 8 million subscribers on YouTube, making her one of the most viewed personalities on the site. She’s also used that success as a spring board to catapult herself into mainstream entertainment success in the offline world, placing as a quarter-finalist on America’s Got Talent, earning a Forbes 30 Under 30 in music accolade for 2015, and getting a Number 2 hit on the Billboard charts from her second album, Shatter Me, which also won top Dance/Electronic Album for the year.

Smosh is not one, but two YouTuber millionaires who run the same YouTube channel, a sketch comedy pair by the names of Ian Hecox and Daniel Padilla, who have roughly $5.9 million to their names each. Smosh holds a certain distinction on this list, that of being an online video channel from 2002, back before YouTube even existed yet. The channel started out as a series of funny flash animated cartoon videos and comedy shorts. When YouTube started, Ian and Daniel saw an opportunity to expand their audience on the new platform and started writing skits to upload to YouTube, growing their channel steadily to become one of the most successful in the platform’s history. These days Smosh has more than 22 million YouTube subscribers and is constantly uploading a stream of new video content at a frantic pace. Their videos have a combined total of over 6 billion views. Although they’ve been unseated, they have sat atop the throne as the most subscribed channel on YouTube three different times, once in 2006, again in 2007 stretching into 2008, and most recently in 2013. 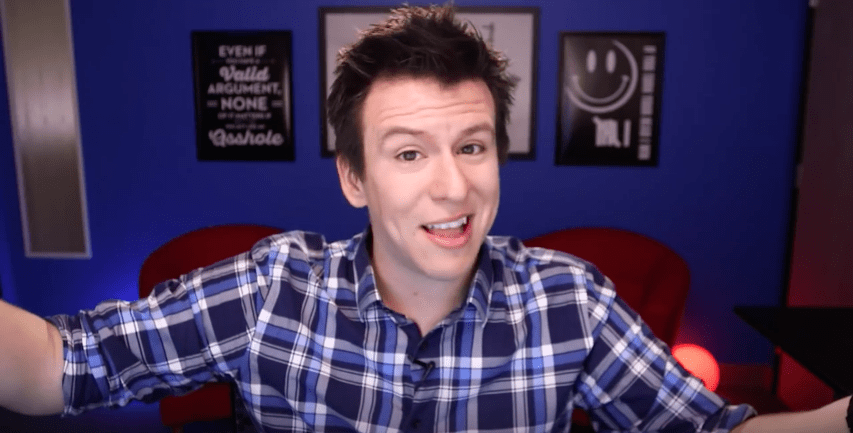 “Hey there, you beautiful bastards!” If you’ve heard that somewhere before, it was likely while watching Philip DeFranco’s channel, or you heard someone repeating it after watching one of DeFranco’s videos, which he always signs onto with this signature greeting. His YouTube Channel, The Philip DeFranco Show began in the lat 2000s when Philip was in his early twenties. While he slowly built up his online following, DeFranco paid the bills by working as a waiter at a couple local restaurants. He was actually homeless at one point while pursuing his dream, and living out of his car. When his YouTube channel got some legs and started running, DeFranco began making some steady income, and now, with over 6 million subscribers to the show, the man is a multi-millionaire who employs an entire staff to help him run the channel.

Jenna Marbles became famous in 2010 when the YouTube platform was still young, after uploading one of her very first videos to YouTube, hilariously entitled, “How to Trick People into Thinking Your Good Looking.” Her enchanting wit, likeable personality, quick camera cuts, and probably the fact that she’s pretty good looking made the video go viral, with 5.3 million YouTube views during its first week online. That success catapulted Jenna right to the top of YouTube where she remains in the ultra god tier as one of the ten most subscribed channels on the platform. She has over 16 million subscribers and is the most subscribed female on YouTube. Her name really is Jenna, but Marbles is a pseudonym she came up with based on her dog, whose name is Mr. Marbles. She’s made some hefty millions doing YouTube comedy and has three employees, including her mother, who is the CEO of her company.