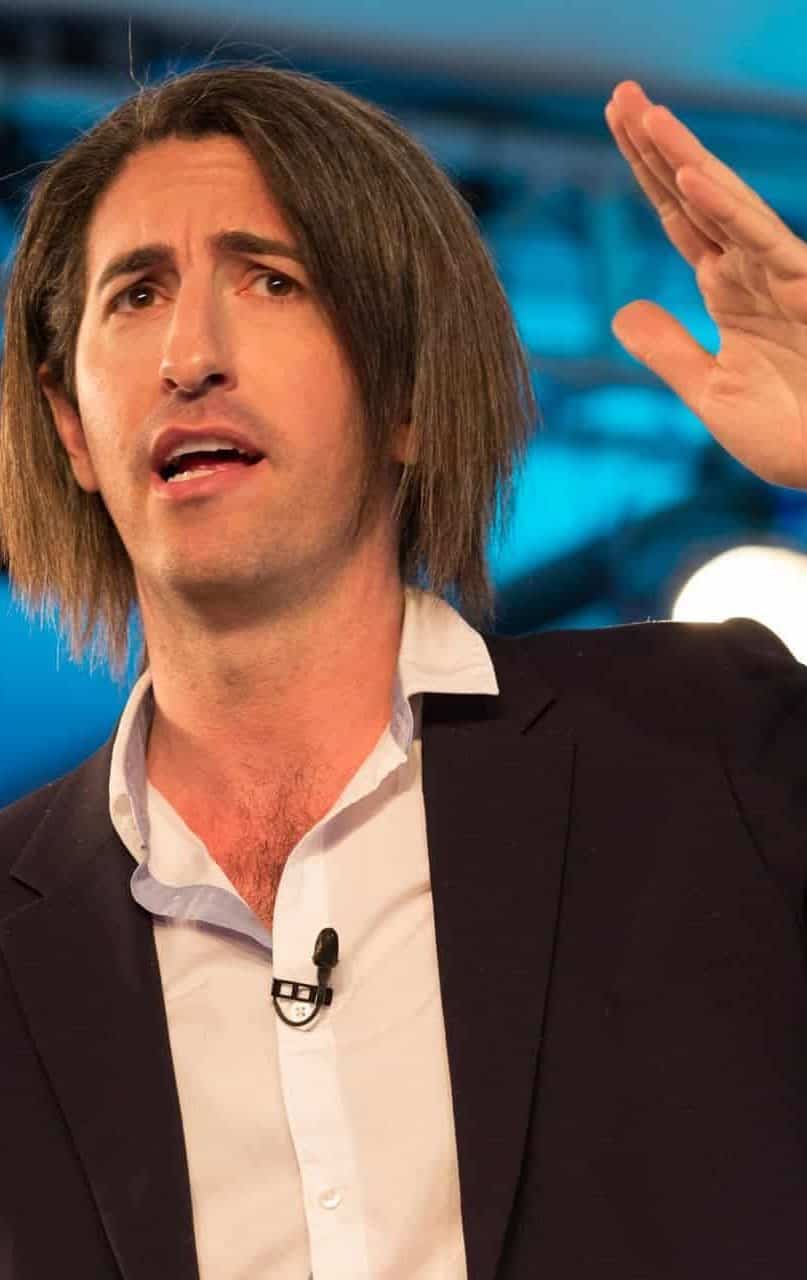 Moran Cerf, a neuroscientist at Northwestern University has conducted research for more than 10 years on decision making in human beings. And the number one factor for human happiness and success is the people you choose to spend most of your time with. There are two main reasons Cerf believes the company you keep is the most important choice for long-term satisfaction.

First, he says that people only have a limited amount of energy for decision making every day. And many studies have concluded that everyone has a finite reserve of decision making mental energy. So, as you make decisions like what clothes to wear, where to eat and what music to listen to, you deplete these reserves. Cerf takes this first belief so seriously, he never mulls over menu options when he goes out to eat. He just orders whatever is second on the list of specials.

Second, Cerf says that people tend to overvalue the amount of happiness they get by making those choices. Many humans believe they can control their happiness by making the right choices, even the relatively minor ones. The problem with this lies in psychology. Although you may think you are rational, decision making is full of cognitive biases that cloud your rational judgement.

Cerf says one choice that has a profound impact on your happiness and level of control is who you choose to spend your time with. His has found that when two people are in each other’s presence, their brain waves start to synchronize. In fact, in high-resolution brain scans, they begin to look almost identical. However, this mirror neuron phenomenon is what allows people to empathize with and understand each other.

Your mind essentially assumes the form of the minds of those around you. So, this has incredibly relevant implications for the quality and trajectory of your life. If you need help making better decisions about who you spend your time with, here are seven rules to follow. 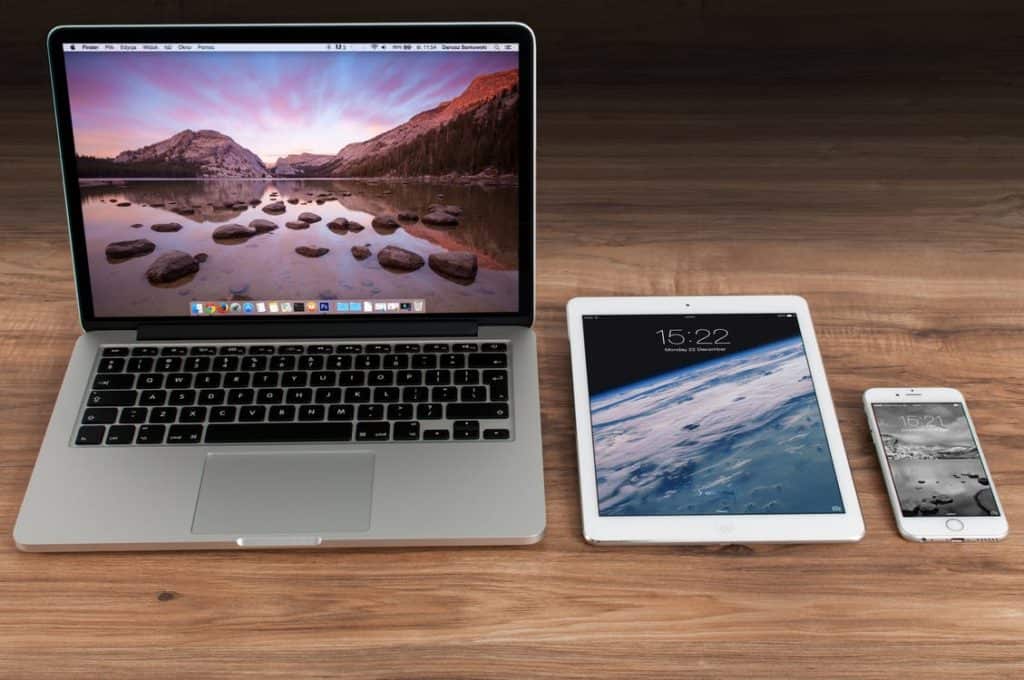 1. Be Careful What You Watch

Since humans live in an age with unprecedented time in front of screens, the choices of what you watch will affect your mindset. In addition, it will have a cumulative effect the more you watch different kinds of media. The characters actors portray and the personalities you follow will take up space in your brain and become part of who you are.

This means if you spend hours watching people acting stupid so you can unwind, it will pollute your mind. So, you will see the world more like the buffoons you’re watching see it. For example, silly sitcoms with ignoble characters will dull your mind. Those reality television shows where people have annoying, drama-loving personalities, who are constantly fighting will make you a worse person if you watch too much.

You may think you’re just laughing at them, but the longer you gaze, the more your mind shapes itself into their form. Those talk radio shows where the hosts and guests are constantly outraged at each other will turn you into a more angry, fearful, disagreeable person. After all, most political oriented media doesn’t exist for personal improvement.

Also, if you watch too much pornography where actors portray themselves as mindless sexbots, you’re going to become a mindless sexbot yourself. And you won’t be able to get anything else done. So do yourself a favor and watch uplifting, informative media. 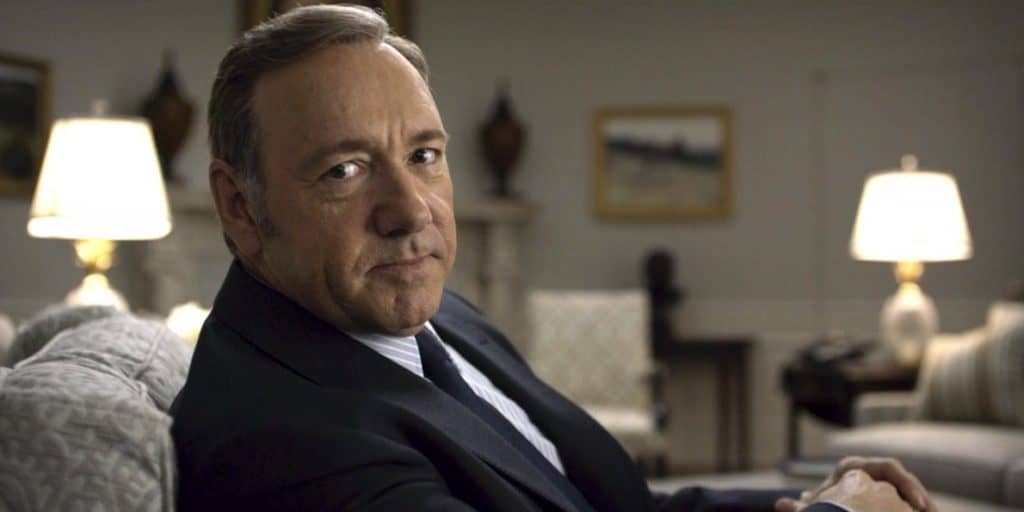 2. Use Neuron Mirroring to Strengthen Your Weaknesses

Instead, understand that it’s not a big deal to have weaknesses. In fact, many people have had to overcome worse weaknesses than yours. And the same people have achieved greater things than you have in your life so far. So, looking at your weaknesses in the eye won’t hurt. And you’ll grow confident from your honesty and courageousness.

Another benefit is the conscious feeling of yourself suddenly becoming more real. Now think of the person, real or fictional who is the absolute strongest where you are the weakest. Who is a hero when you are a rabbit that runs and hides? Who excels at the highest level at something you are terrible at or afraid to attempt?

So if you want to make people laugh, watch a stand-up comedian or more funny movies. Your mind will start to mirror these funny people and work more like theirs. And you’ll find your funny bone in no time.

If you are a pushover who shies away from confrontation when someone is stepping on you, watch media showing assertive people who don’t take any garbage from anyone. Darth Vader comes to mind as a good example to stretch your neurons in a different direction. And don’t worry, you are in no danger of becoming the evil Sith Lord. 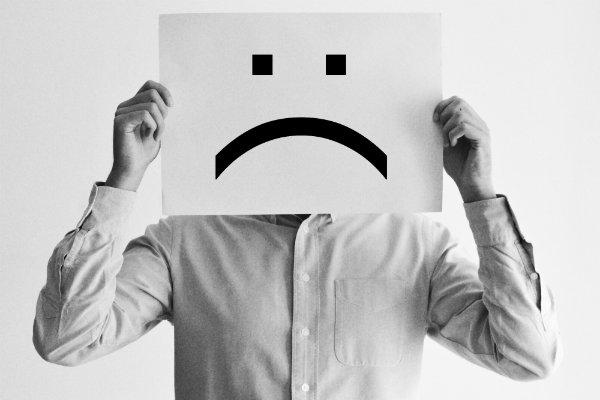 3. Cut Bad Influences Out of Your Life

If you are the smartest person in the room, you are in the wrong room. You’ll never rise higher than you are now because those people will drag you down to their level. A pathological relationship with someone who leeches off your intelligence, giving a kick out of being looked up to, is bad for both of you. Or if you spend time with a negative, brooding individual because you feel pity or are obligated to them, you will expose yourself to toxicity.

Doing so on a regular basis will never help them get better. Worse yet, it will slowly sap the life out of you. And that is probably what that person wants because misery loves company. If it’s a family member, confront them when they’re being negative and let them know you won’t tolerate it. You don’t have to be a jerk about it.

Be gentle, friendly and compassionate in your approach. But you can’t let them spew negativity into your brain. Ask them as a favor to try to stay on the sunny side of life, at least when they’re around you. If they won’t do that for you, they don’t care about you. Maybe then you should reconsider how much you should care about someone who holds you in such little regard. 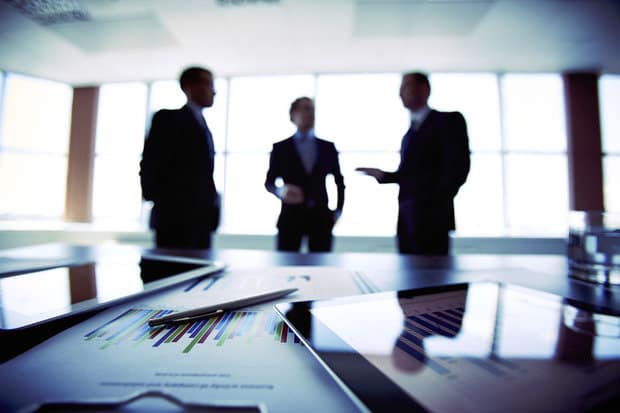 4. Seek Out The Best Company You Can Keep

The room you want to be in is where you are the least smart or most novice person. It should be where you can learn the most from others. Watch them and pay attention. They’ll help you become a much better version of yourself. Mentors are an essential aspect of anyone’s success in life because they provide you with a positive role model to emulate.

Some of the most successful millionaires and billionaires in the world have “mastermind” groups with other successful people. They interact with and share ideas on a regular basis to keep cultivating their best selves. These success stories have found the secret to using the mirror neuron phenomenon to its highest benefit.

They all have different strengths and weaknesses. But by spending time with each other, everyone’s individual strengths mirror in the minds of everyone else in the group. So surround yourself with people who are better than you as much as you possibly can. At work, don’t hang out with the losers who are fun to talk to but aren’t going anywhere far in the company.

Instead, chat with and ask questions of the superstars in your business or your boss if they are good role models. They’re probably too busy to hang out with you, but if they see you’re genuinely striving to be useful to the company, they will guide and encourage you. 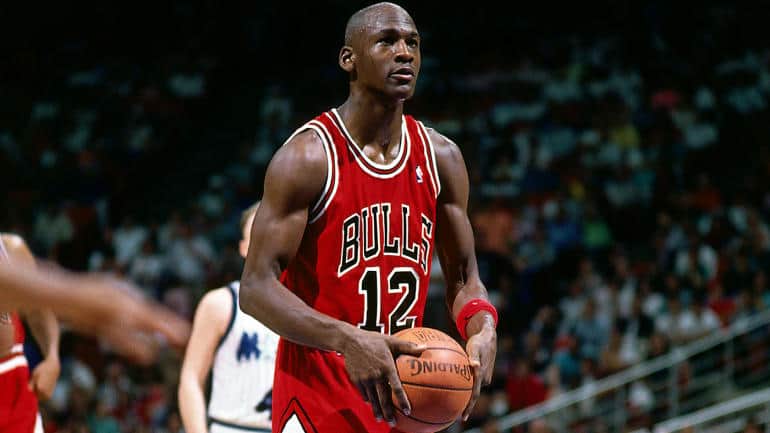 5. Keep Your Eye on the Heroes

The company you keep does not have to be people who live in your city or work in your company. You can spend your time in the company of the greatest hearts and minds that humankind has ever produced. Make a list of the most successful people you admire or who you want to model yourself after in completely different arenas.

Then watch interviews, shows and movies with them. Read what they’ve written or what people have written about them. Carry them around in your thoughts. And soon your mind will begin to mirror the mindset that led them to their success. Some people use their free time to watch media that amuses them.

But people who want to get ahead in life watch media that enlightens them. They keep their mind fixed on the greatest heroes of our species. These are the men and women with unusually titanic levels of accomplishment. They are the luminaries and the visionaries of the world. So, absorb everything you can about the greatest in the world, and you will have a spirit full of star power. 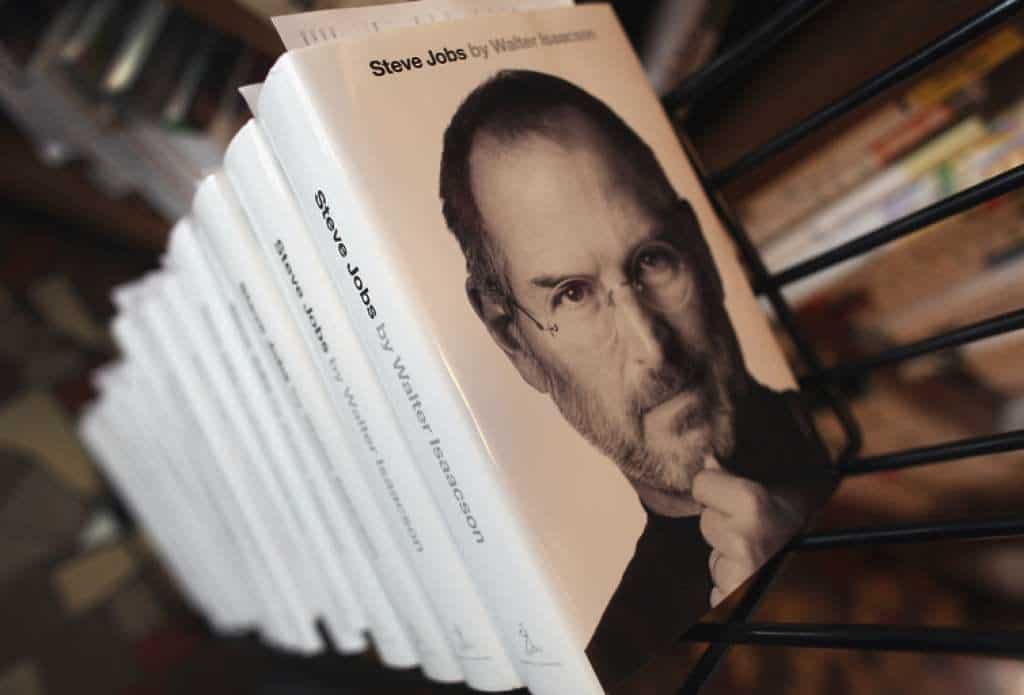 Remember, your neurons will begin to mirror the thought processes and personalities of the great minds you read about. After all, there is so much information in just a few pages of a book with a wise luminary in it. Your brain picks up on all kinds of subtle information by just reading and absorbing. This happens even when you aren’t consciously aware it is happening.

For example, when you read the biography of Steve Jobs, you may start to think like him. You carry a little bit of his spirit with you because your brain mirrored his as it watched.

But there’s also so much information you can pick up from reading works that geniuses wrote or even works about them. You start to see the world in their way and think about problems the way they would. And you may even start to value what they value and believe what they believe.

If you want to be great, devote some time to reading biographies about your heroes. Also, aim the highest you can. Don’t read a book by some trendy pop science author, which is the intellectual equivalent of candy or junk food. For instance, you can read Charles Darwin’s, The Origin of Species. Or read Ray Kurzweil’s, The Singularity Is Near. That could be the mold you want to cast your spirit in, after all. 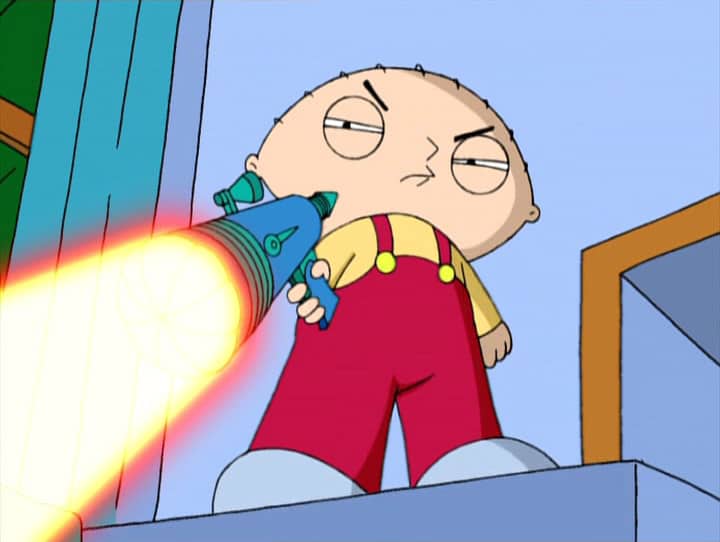 7. Fake It Until You Make It

Another way to mirror a great person’s neurons by pretending you are them. For example, work through a problem as if you were them. Approach the solution by imagining how they would approach it. The more specific you make the person, the better. Also, you can’t think, “What would they do?” and make it work.

You must pretend you are them and your brain will suddenly work differently. This is a powerful tool for unlocking your creativity. This trick comes from a practicing clinical psychiatrist who runs the blog, The Last Psychiatrist. Here is an excerpt from it that fully explains the idea: Name 10 animals and note your answer carefully.

Note carefully your answer. Most likely, your first several answers are from one category, like farm animals. And the remaining ones are from another category, such as zoo animals. So, knowing the answer to the question, “Name 300 animals” isn’t about knowing 300 animals. In fact, it is about knowing 30 categories of animals and being able to jump from one to another.

Imagine you are on your 200th animal and get stuck. And you can’t even think of any new categories. Create advice will tell you to look at it a different way. But imagine someone else is answering the question. Pick someone who is an expert on animals like Jack Hannah, for example. When you think of the animals he has featured in his TV show, surely many will come to mind.

These are the seven crucial rules for decision-making backed by 10 years of neuroscience research. Try them and see how your life changes for the better. But give it time, though. No one became a great success overnight. It takes time, effort and patience to improve yourself.