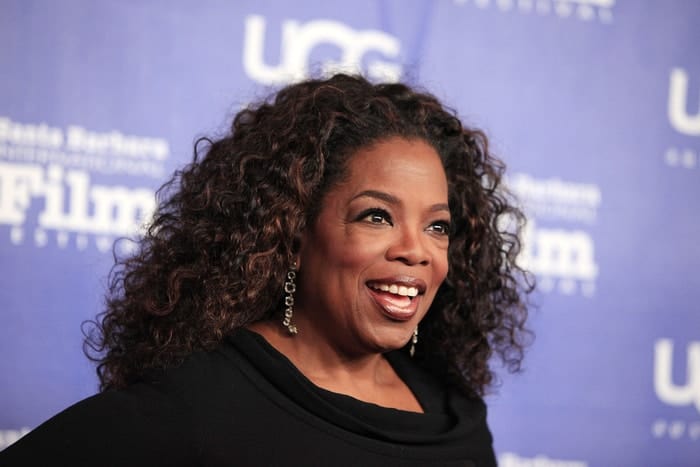 Failure is one of the most terrifying things people have to experience. No one enjoys the feeling of losing, especially if they are competitive by nature. But difficult times in our lives are meant to teach us lessons about ourselves and the world around us. No matter how successful someone may be, they have failed at some point in their life.

We tend to see the highlights of someone’s accomplishments without hearing the stories of all of the trial and error they experienced in between. So we decided to look back at 20 times famous successful people learned through hardship.

For most successful people, they had to fail over and over again before they got something right. Think about when you were learning to ride a bike. It is likely that you fell a few times. Sure, it was painful, but you kept going until you were able to ride a bicycle, and it became second nature.

Benjamin Disraeli, the former British Prime Minister said, “All my successes have been built on my failures.”  Once you fail at something, you have now gained experience on what not to do in the future.

Famous basketball player Michael Jordan said, “I can accept failure, everyone fails at something. But I can’t accept not trying.” Failure can be painful. But over time, the initial sting of failing will fade, and you are left with memories of an experience with something you tried to do. This is far better than living with the regret of never trying at all.

Fear often holds us back from trying new things. We can feel as though something tragically awful might happen if we fail. In reality, you will still be alive – it’s not the end of the world. Go out there and what you have always wanted to do.

18. Failure is Not a Final Destination

Even if you fail today, that does not mean you will fail tomorrow. In the words of Winston Churchill, “Success is not final, failure is not fatal: it is the courage to continue that counts.” Just because you fail at something once doesn’t mean you will fail again when you try the second, third, or fourth time.

Far too many people label themselves as a “failure,” as if it is a permanent status that is tattooed on our foreheads. This will only be true if you make it true. You are navigating your own life, so keep trying to move forward for a better tomorrow.

17. Adversity Can Make You Stronger

Disney is one of the biggest entertainment companies in the world today. It is hard to imagine a time when people doubted Walt Disney’s ability to succeed, but it truly did happen. When he was preparing his first full-length movie, Snow White, he went over budget, and most assumed that the company would go bankrupt.

Disney once said, “All the adversity I’ve had in my life, all my troubles and obstacles, have strengthened me… You may not realize it when it happens, but a kick in the teeth may be the best thing in the world for you.”

Babe Ruth is remembered for being one of the greatest baseball players of all time. But even as such a legendary player, he still had his off days playing on the field.

Strikeouts still happened even though he was so incredibly athletic. He once said, “Every strike brings me closer to the next home run.” On top of that, he also mentions that successes in the past are not necessarily going to continue in the future. He also said, “Yesterday’s home runs don’t win today’s game.”

15. Approach a Problem in a Smarter Way

Henry Ford once said, “Failure is simply the opportunity to begin again, this time more intelligently.”

He’s remembered for bringing automobiles to the mass market, and his work changed the world as we know it. But before he was able to sell his model-T, Ford and his factory workers were constantly trying to push themselves to create things that had never been done before. And if something wasn’t working, they had to think intelligently to tweak their approach.

As the old saying goes, if you fall off the horse, get back up again. Mary Pickford, the author of Sunshine and Down said, “If you have made mistakes, even serious ones, there is always another chance for you. What we call failure is not the falling down but the staying down.”

When you try something once, fail, and give up completely, you have absolutely no chance at doing better next time. What matters more is that you keep trying. Most things in life will take a few tries before you can get it right.

13. Failure: One Step Closer to Your Goal

In the words of Thomas Edison, “I have not failed. I’ve just found 10,000 ways that won’t work.” As he was trying to create a working light bulb, he and his factory workers were making new attempts every day on their various designs. They were also in fierce competition with Nikola Tesla and George Westinghouse. Now, we all use light bulbs and electric light every day.

Getting light from a light bulb seems simple, but only because other people came before us to pave the path. Even if you’re not an inventor, this advice can carry over to any goal of your own. Maybe you are not sure what decision to make. But as soon as you fail one attempt, scratch it off the list.

So far on this list, we’ve given a lot of advice that tells you to keep trying. But there’s no denying that sometimes you’re doing something wrong. If you want to stop failing, you need to start doing things differently. When you refuse to change, it is crazy to think that if you keep doing the same bad things, it may one day lead to success.

Albert Einstein said, “The definition of insanity is doing the same thing over and over again, but expecting different results.”

In an interview with Joe Rogan, Dr. Phil explains how when he was a child, he grew up with an alcoholic father. Every day that he went to school, he would look at the other kids in his classroom and think that he was the one kid whose family had problems.  Everyone seemed happy and well taken care of. This made him feel like a second-class citizen.

So long as he continued to feel that way about himself, he would have been destined to fail. Dr. Phil says,  “If you think you’re second class, you will generate results that you think a second-class person deserves. So if you don’t fix your personal truth, then you’ll spend the rest of your life thinking those positive results belong to somebody else.” He also said, “If you go through life in a success-only journey, God…How boring would that be?”

Success is boring. If things were easy in life, there would be no epic journey. We need obstacles in front of us, otherwise, our accomplishments would not mean as much. When things are too easy, it gets boring.

And the harder you work for something, the more it builds your character in who you are as a person. The famous novelist Truman Capote said, “Failure is the condiment that gives success its flavor.”

9. Barking Up the Wrong Tree

Coco Chanel said, “Don’t spend time beating on a wall, hoping to transform it into a door.” For example, if you fail to get a job that you applied to, that doesn’t mean you keep re-applying to the same place that rejected you. It’s necessary to get out there and find somewhere else that might want your skillset. Another great quote from Chanel is, “Success is most often achieved by those who don’t know that failure is inevitable.”

8. Failure is a Necessary Part of Life

Sometimes, failure is completely necessary for your personal growth. How are you supposed to know who you are if you don’t encounter challenges throughout your lifetime?

Famous poet and author Maya Angelou once said, “You may encounter many defeats, but you must not be defeated. In fact, it may be necessary to encounter the defeats, so you can know who you are, what you can rise from, how you can still come out of it.”

7. Failure is Just in Your Head

Alan Watts was a British writer and philosopher, and his work is still popular to this very day. He once said,  “Waking up to who you are requires letting go of who you imagine yourself to be.”

So you might see yourself as a failure when you’re really not. Try to see yourself the way that the people who love you see you. Maybe you’re a great friend or partner. Or maybe you’re a kind person with a big heart. Your idea of who you should be might just be a lie that you are telling yourself. Part of success is knowing how to love yourself for who you are in the past, present, and future.

6. A Balance of Failure and Success

Most things in life have a natural balance. It’s the law of equivalent exchange. If you continue to live your life safely without taking a lot of risks, you are never going to have amazing results. The output you get from life always matches the input.

History buffs will already recognize the politician Robert F. Kennedy. He once said, “Only those who dare to fail greatly can ever achieve greatly.”

5. Failing to be Good Doesn’t Make You a Failure

You probably recognize the image of Marilyn Monroe. She was one of the most beautiful and iconic Hollywood starlets of the 20th Century. She said,  “Just because you fail once doesn’t mean you’re gonna fail at everything.” For example, maybe you’re truly bad at playing golf.

If you’re not naturally talented, you would have to take lessons and keep going out there every day to improve. But you might have a natural talent for singing. So instead of focusing on the things you do terribly and labeling yourself as a “failure,” think about the things you do well.

You may have heard of Robert Kiyosaki as the author of Rich Dad, Poor Dad. He became wealthy as a real estate investor and then he continued a career as a personal finance author and coach. A lot of people use his educational content as a gateway to improving their financial status.

He once said, “Winners are not afraid of losing. But losers are. Failure is part of the process of success. People who avoid failure also avoid success.”

3. Sometimes Failure ‘Only Way to Climb the Ladder’

Everyone knows J. K. Rowling as the author of Harry Potter. For years, she was a young single mother who had to live on welfare. She once said, “Rock bottom became the solid foundation on which I rebuilt my life.” Writing a story about a boy wizard who went to school became a passion project, and there was no guarantee that she would make money from it.

Publishers rejected her and she was told that young boys wouldn’t want to read something written by a woman. She very literally started from the bottom and worked hard until she overcame her failures before she succeeded tremendously.

2. You Can’t Fail if You’re Having Fun

If you’re trying to succeed at something, it should be something that you love. As the famous saying goes, “If you do what you love, you’ll never work a day in your life.” So if you love what you do, and you’re having fun doing it, who cares if you have a bad day?

Oprah Winfrey said, “I don’t believe in failure. It is not failure if you enjoyed the process.”

1. People Respect You More About How You React to Failure

But if you give up, people are going to judge you more for that than the times you have fallen down.